Welcome to BunbySoft. I'm a one man indie games developer based near London in the UK. As well as coding, I create the art and music for my games.
(except for some small stuff seperately credited).

I currently make Free-To-Play Android and Apple iOS games. I concentrate on creating games that are fun rather than revenue generators. Checkout the first game I released called Rubber Rocket Racer. It is available to download from Google Play or Apple App Store now!

My new game (work in progress - title may change) 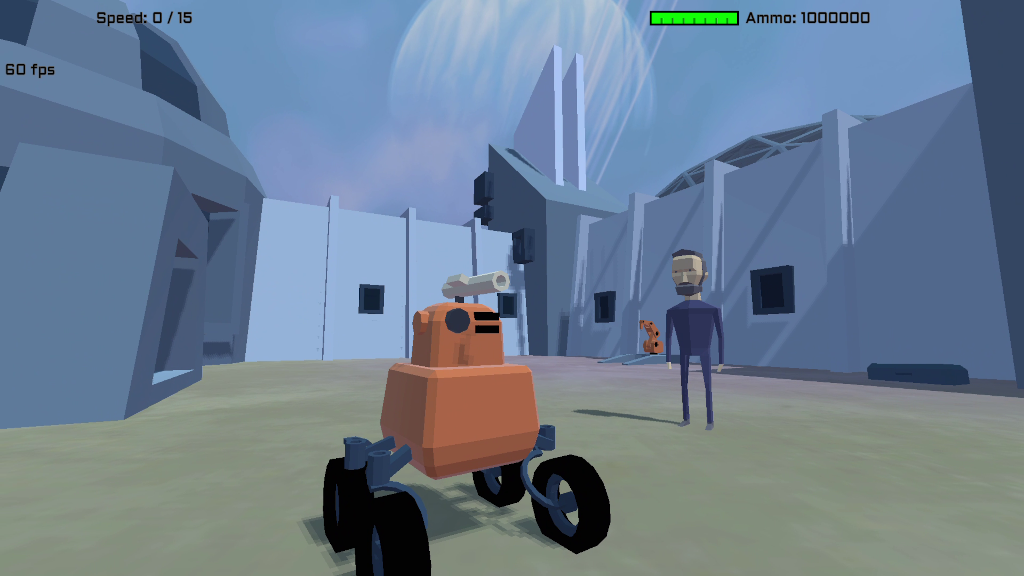 Set in the distant future. Earth has lost contact with a colony of scientists on Planet 9. They send a rover over on a rocket to investigate.

You play as the rover. Help the scientists fight the robot invasion. Explore the island and discover its many secrets. Upgrade yourself with components scavaged from your destroyed enemies. Enjoy the many side quests.

Due to be released on iOS and Android.

Find out about new releases and updates by joining the mailing list. Emails will be kept to an absolute minimum. Your email address will not be given to anyone else. I will guard them with my life.

Power slide around corners at extreme G-force with the simple controls. Don't worry about hitting the walls; you're made of rubber. Just style it out and carry on! Compare your best times with your friends and the whole world with the online leaderboard.

Race through caves of ancient caveman wall art. Experience the weird caves with giant skeleton fossil things - what even is that? Survive (or not) the fiendishly difficult Hellfire cave. Enjoy the stunning views of the Cappadocia cave system guarded by a terracotta army. Solve the mystery that have blocked explorers throughout history.

Get to grips with the very simple controls. No fiddly little joy pads here! Press the left side of the screen to fire left booster. Press right side to fire right booster. Simples! Requires a bit of practice in the beginning. Just keep practising and you’ll be whizzing round the course in no time.

Check out the Leaderboards!

Want a chat? I'd love your feedback!